In the April 2012 article on negotiating we discussed having a ‘roadmap’ in your mind about what the next steps in a buy/sell cycle should/could be after an initial 45 minute to 1 hour conversation with a key buyer at a prospect company. Our recommendation for a next step as we discussed last month is to gain agreement that the buyer has a “VISION” of a solution and wants to continue to evaluate your company and that you want to document this conversation in a letter and suggest some next steps.

This may be best illustrated by telling you a brief story about a real opportunity I worked on in the past.

I had been prospecting for new clients and was referred to a U.S. Vice President of Sales for a large organization (~$800 million in annual sales). I successfully contacted Bill Mayberry of this company by sending an email to him. In the email I mentioned I was referred by a colleague. Bill responded to my email and I was able to gain a 45 minute conversation. The call went great and Bill agreed with me that we should continue to talk. I said I would write a ‘summary’ letter of our conversation and would like to discuss that letter and some next steps. He agreed! I hung up the phone and began to think about what the letter should contain and what the next steps would be. Here were my thoughts:

1. I wanted very badly to be perceived by Bill as a consultative person who could help him and his organization. I know that in the beginning (Phase 1, illustrated in the diagram below) People/Me is the most important thing on the buyers mind. So, I needed to start this buy/sell cycle on the right note.
2. I wanted to differentiate myself from other vendors that provide similar services to mine. I had done some research and knew that another vendor had done business with them in the past. I knew something about that vendor and how they sold and delivered their services. So, I wanted to be sure that Bill could quickly see a difference between us. I had actually seen some of their correspondence to their prospects and knew I could make a difference in how Bill would view me.
3. I also knew that the scope and extent of a project with Bills’ organization would require that he involve others in helping him with both a decision and in implementing services that I thought, at this point, may be needed. So, I had a complex sale in front of me!
4. Bill had not offered me access to any other key personnel in his organization, during our conversation, so, I needed to formulate a way to get that access…..by asking for it!
Based on years of providing my services in my own business and having worked for organizations that used consultative sales techniques here is what I did and recommend that you consider:

I referred to my notes and wrote a letter which summarized what we discussed (his business needs, what was keeping him from reaching those needs, and potential ideas about what capabilities may help his organization overcome issues, and successfully meet his department needs over the next 2 years). The letter had subheadings like this:
• Introduction paragraph
• Summary of needs discussed
• Issues and challenges to meeting needs discussed
• Capabilities needed to overcome challenges
• Suggested next steps

I wanted the letter itself to help Bill conclude that I was professional, he could begin to trust me, I had listened to his ideas and concerns, and as I discussed capabilities I wanted those to be general in nature and not appear to be self-serving.

I kept these suggested capabilities non-product/service specific. I didn’t mention the name of my training courses, or market messaging services, or my sales person and manager coaching services. None of that would be important to Bill at this point in our buy/sell cycle, and if I mentioned products/services it would be like every other ‘schlepping sales guy’ would do.

In the suggested next steps, I had a few items that Bill would read about before I called him to discuss the letter. I wanted to give Bill a chance to conclude that I was professional and to think about whether he agreed with my next steps or not:

• Agree that the letter written was an accurate reflection of our conversation
• Suggest that he include other key executives, & managers in our discussions at this point to get their perspectives on what Bill was discussing with me.I recommended they be included, because, in the past, I had found that my clients made a better decision when they included their ‘trusted’ peers, superiors, and subordinates in their decision processes.
• Given his agreement to continue in evaluating my company services, that he and I schedule appropriate times to meet with these additional key executives and then summarize those meetings or interviews and discuss whether we should continue and what next steps should be pursued.

So, after thinking about the meeting (I took notes by telephone), I wrote a letter and sent it via email to Bill Mayberry. We had agreed to a telephone conversation in two days so I was very excited to:

1. Give Bill a chance to digest the letter and its contents.
2. Begin thinking about how I would negotiate access to other key executives in Bill’s organization during that conversation. I knew that it was very possible that Bill may NOT want to give me access to others at this point, but, I knew that in most complex sales one individual doesn’t make a decision without key input from others.

I was determined to ensure that if Bill wanted to continue to evaluate me and my company, I had a roadmap that would increase the probability that I could get to a successful win/win conclusion. This was a critical GO/NO GO step for me in the buy/sell cycle.

Next month we’ll discuss that telephone meeting and the do’s and don’ts for getting agreement on the letter and successfully negotiating access to others!

Give us call if you want to discuss this article on negotiating. There is no obligation to you other than being willing to spend a few minutes of your time. Our commitment to you is to provide a consultative point of view. 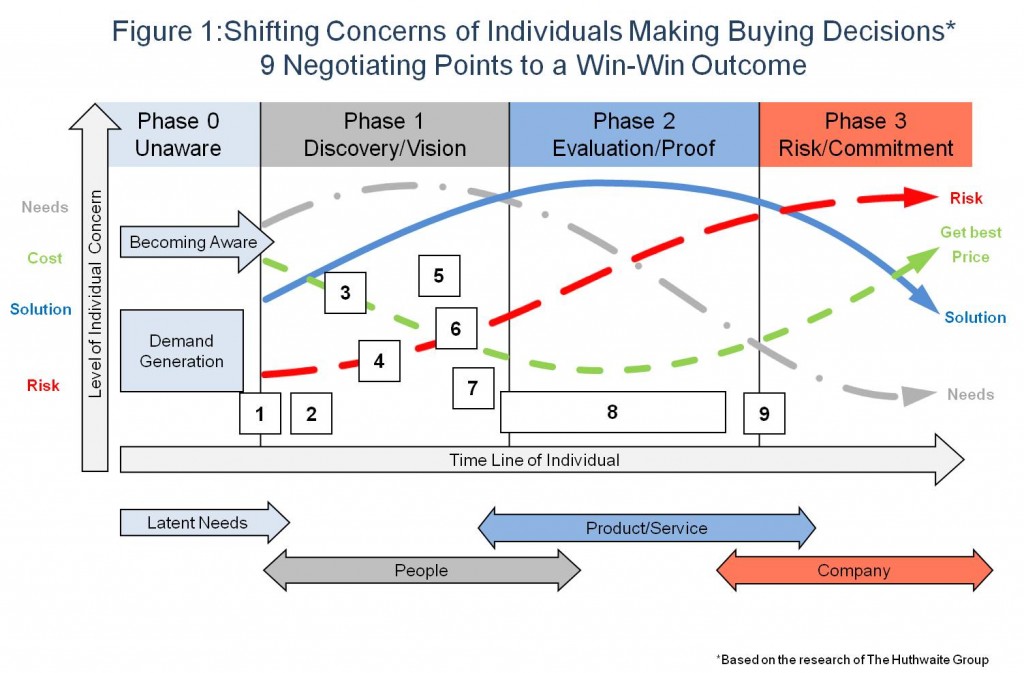